At last, iPhone users of Spotify with free accounts can use the Shuffle mode. And with a little trick that we discovered you might also be able to circumvent the restriction imposed on free accounts, and listen to the song you want!

First of all, those who didn’t have a premium account only had access to radios. Now the entire database can be searched and browsed by artists, albums and playlists in shuffle mode. 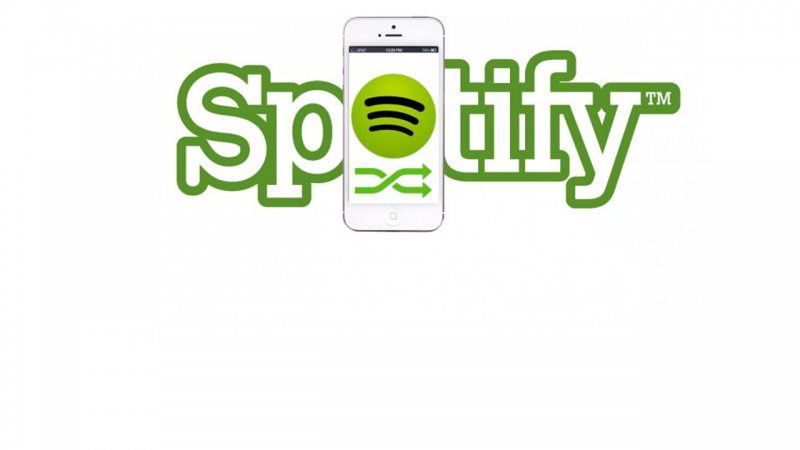 So let’s see in detail what you can and can’t do if you have an iOS device and a free Spotify account. We’ll also have a look at how to get around the limitations that prevent free users from listening to any song they want.

iPad and iPhone: the apps are different

Spotify has decided to equip the tablets like desktop computers instead of smartphones. For this reason the iPad app (as well as the app for the Android tablet) doesn’t simply offer the Shuffle function, like the one for the iPhone, but also allows you to search and listen to individual songs, just like you can on the desktop version.

Of course, the limitations for free accounts remain: advertising, average audio quality, and the inability to listen to songs offline.

If you don’t have a Spotify Premium account then you’ll be subject to some restrictions:

What can you do on the iPhone with the free account

Listen to random songs from an album, artist or playlist – this is precisely what the Shuffle function does, and is the main new feature of the update of the app for iPhone released by Spotify. 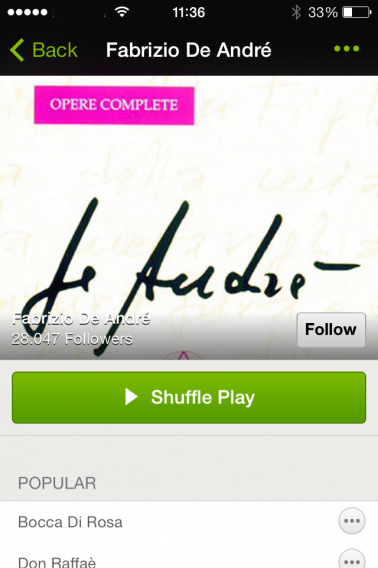 You can find music via the search function, or avail of Spotify’s suggestions. The limitations: you’ll be presented with advertising every four or five songs, and you can only use the skip function (to skip to the next song) up to 6 times per hour. 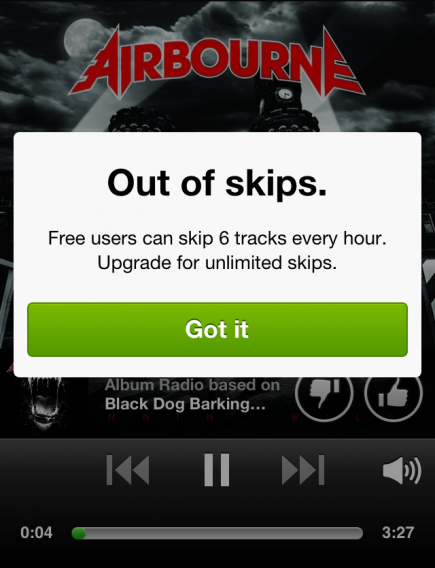 We also noticed that, in order to listen to the playlist, there must be a minimum number of tracks. It could be a plan devised by Spotify to prevent free users creating a playlist with a song and then listening to it, a trick which would get around the impossibility, for free users, of listening to specific songs.

But there is a trick for being able to listen to the song you want: in creative mode use the Starred playlist. This list collects all the songs that you like, but doesn’t have a minimum number of tracks to start playing songs randomly.

So keep the list empty, then every time you want to listen to a specific song just mark it as a favorite, open the Starred playlist (which will contain only that song) and play it from there.

Adding songs or an album to an existing playlist or a new one – this is a really handy feature because it allows you to create playlists, add songs that you like (using the search function) and then listen to them in shuffle mode, all directly from the iPhone. 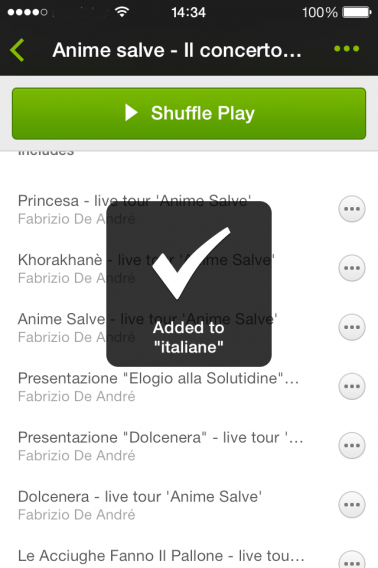 Share the song or album with your contacts on Spotify – Sharing via Facebook, Twitter, Email, or SMS is possible and you can also copy the http link of the track to where you want it.

Sharing with contacts on Spotify, however, doesn’t always go as expected. Ever since I started using the Spotify app, this tool has malfunctioned. For example, in the iOS app my contact list has always been empty, and so I’ve never been able to share songs if I’m not on the client for Mac or PC. But you might have better luck than me!

Create a radio station from a song or an album – Spotify radio selects songs with similar characteristics from the entire database. The most important criterion (which the tool is based on) is the musical genre. In this case all you have is the skip function, which is limited to 6 clicks per hour. It’s important to note, however, that the number of skips on the radio and on Shuffle listening is not 6 + 6, but 6 for everything.

Things you can only do with a Premium account 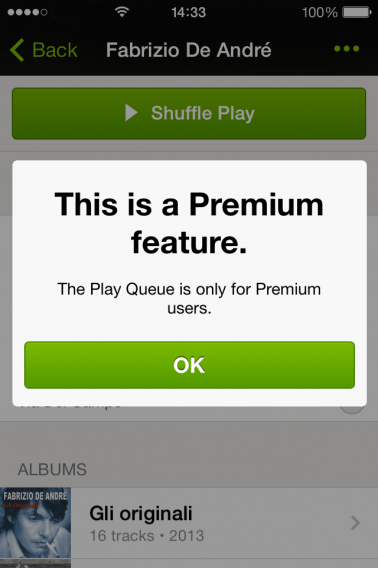 Spotify for iPhone with a free account: pass or fail?

It’s an improvement, for sure. Making the entire Spotify catalog available for free on smartphones, with the only limitation being you have to listen in shuffle mode, is definitely a good move, given that it makes Spotify more competitive than Google Play Music (although the service of the Big G remains more palatable, from certain points of view).

Give your Mac the power to do everything