Google unwrapped Android 5.0 Lollipop today. The new operating system will debut first on the new Nexus 6 phone and Nexus 9 tablet. Other Nexus devices will receive the update in a few weeks.

It’s been a while since Google released a major update to Android. While Lollipop may look similar to Android 4.4 KitKat, it’s under the hood where things get interesting. 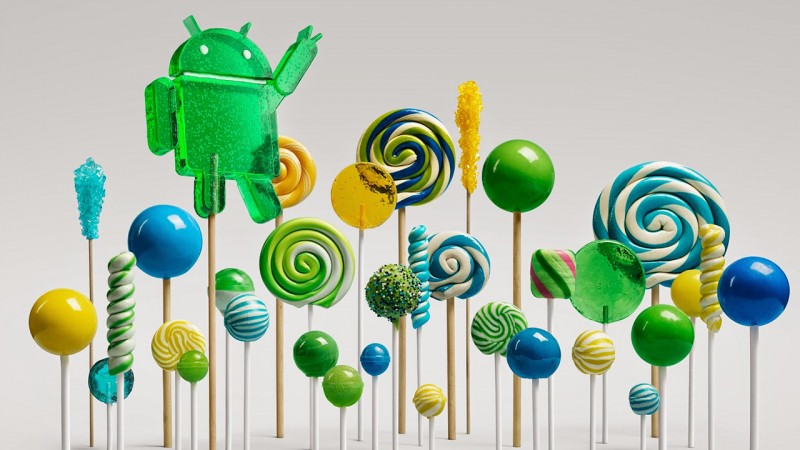 Here’s everything new with Android 5.0 Lollipop.

New fluid animations combined with a bold color palette work together to make interacting with Android more intuitive than ever. The design language carries across all Android devices, including phones, tablets, smartwatches and more. This means you’ll now have a single Android user experience across all devices.

Google and some third-party developers have already updated their apps with the new Material Design language so you may have already gotten a taste of Android Lollipop’s new design.

Android always had good notifications but now they’re even better. You can view and respond to messages directly from the lock screen. iOS 8 also does this so it’s not revolutionary. 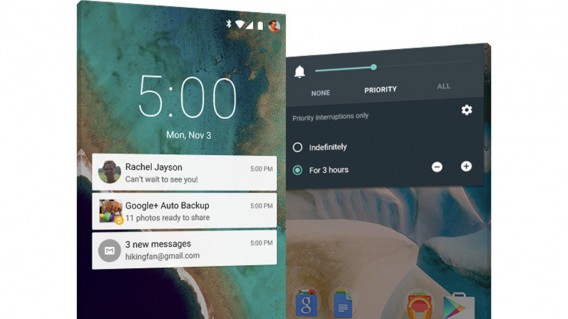 Android Lollipop offers a lot more control over what content you want to show up or not. For example, you can hide message contents from the lock screen if you don’t want people glancing at sensitive information.

Phone calls are also handled more intuitively when you’re watching a movie or playing a game. You’ll be able to reject or answer a call without the dialer taking over your entire screen.

Users will finally have new controls in the notification tray for screen rotation lock, flashlight, Wi-Fi hotspot, and screencast controls.

Your phone should last a little bit longer with Android Lollipop. The operating system features a new battery saver feature, which claims to stretch your battery for an additional 90 minutes in emergencies. Google also added estimated times for charging and discharging so you’ll know if your phone can make it through a night out. Early tests showed that Android Lollipop improved battery life by 36%. 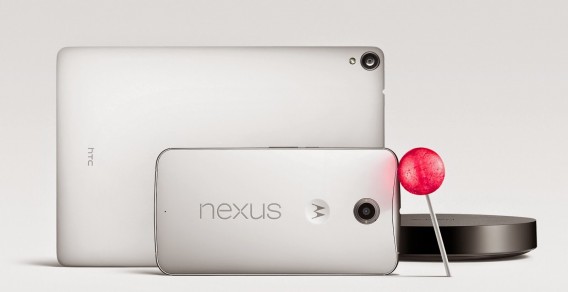 New devices that ship with Android Lollipop will come with encryption turned on by default. This ensures the safety of your data in case your phone is lost or stolen. Encryption makes it difficult, if not impossible, for thieves to break into your phone to steal valuable photos and banking information.

This emphasis on security comes after revelations that the NSA has been snooping on innocent civilians. Apple also updated iOS 8 with encryption by default, making it impossible for the company or anyone else to access your phone’s data.

Android Lollipop also includes a “kill switch” to prevent thieves from resetting your device and selling it on the black market. The feature is called “Factory Reset Protection” and will require a password before you can reset it. This is similar to Apple’s implementation in iOS 8. The kill switch feature comes after the passing of a California law that requires phones to include anti-theft measures.

This is a minor update but you can now access Google Now, Google’s digital voice assistant, even when your device is off. All you have to say is “OK Google” and your device will wake up. Unfortunately only a handful of Android devices support this feature at the moment like the newly announced Nexus 6 and Nexus 9.

Android Lollipop now supports outputting audio via the USB port. This means you can connect USB speakers or headphones directly to your phone or tablet.

Photographers will be happy to know Android Lollipop supports RAW image formats like YUV and Bayer. This makes editing photos easier with professional tools like Adobe Lightroom. You’ll also be able to control capture settings for the sensor, lens and flash per individual frame.

Android 5.0 Lollipop may not blow you away with a ton of new features but it polishes Android’s rough spots. Lollipop lays the groundwork for things to come, like 64-bit applications. Your device may not support this now but your next one will and it’ll be super fast.

If you have a Nexus or Google Play Edition device, you can expect to download Android Lollipop in a few weeks. If you have a phone with a custom Android skin like the Samsung Galaxy line of phones, you’ll have to wait for handset makers to update their custom skins to Android 5.0.

How to use Android 5.0 Lollipop

Dropbox not hacked but change your passwords anyway

Tips to improve your Google searches and find everything you want