Details are slowly trickling in about the follow-up to Naughty Dog’s post-apocalyptic survival masterpiece, including an incredible new trailer showcased at E3. Here’s what we know so far about The Last of Us 2’s story, gameplay, and other rumors. If you still haven’t played the first game, be warned: spoilers are incoming.

The Last of Us 2 is set five years after the somewhat ambiguous ending of the first game. After finally reaching a research facility run by the Fireflies in Utah, Ellie was quickly whisked away. Marlene, the leader of the Fireflies, informed Joel that in order to find a cure for the infection, they would have to operate on Ellie’s brain, killing her in the process. Forced to choose between saving Ellie and curing the infection, Joel chose Ellie. He massacred his way through the Fireflies facility before finally reaching Ellie just as she was about to undergo the operation that would kill her. When Ellie finally wakes up from her drug-induced coma, Joel lies about what happened, telling her that the Fireflies had found other test subjects besides her and that they were still unable to find a cure.

The game ends with Joel and Ellie returning to the settlement run by Joel’s brother, Tommy. When Ellie once again asks Joel if what he told her is the truth, he doubles down on his lie, and the credits roll.

Several years later, Ellie is now a teenager. Joel will be taking a backseat this time around; Naughty Dog has confirmed that players will be taking control of Ellie in this installment. Joel will still have a large presence in this game, but what exactly that presence will be remains a mystery. In the game’s first trailer, we only see his silhouette, which led some to speculate that Joel is dead, and only remains as a figment of Ellie’s imagination. Though Joel certainly isn’t getting any younger, the latest E3 trailer seems to refute this. New character Jesse approaches Ellie at a party at Tommy’s settlement, remarking that her “old man,” presumably Joel, called him out for slacking while making his rounds. He also mentions that Joel always seems to take a greater interest when Ellie is on patrol with them.

This certainly sounds like the Joel we know and love, but also of note is the way Ellie reacts to this remark. She definitely doesn’t seem happy that Joel is butting in, which could mean several things. Though Ellie and Joel grew closer over the events of the first game, it ended with them somewhat at odds with each other. Just based on the way Ellie seems to resent Joel’s overprotectiveness, it doesn’t seem like that’s changed much in the five years between the two games. However, is this just Ellie going through a rebellious teenager phase, or did she find out at some point that Joel lied to her?

Check out these killer titles

Whatever the reason, Ellie has grown up quite a bit since the last time we saw her. The new gameplay trailer shows her fighting off enemies with the same brutal combat style introduced in the first game. Melee combat, improvised weapons, and stealth are all returning in a big way in this new game, and combat overall seems much more fluid than in the first entry. Ellie transitions seamlessly between running, hiding, and fighting, and at one point we see her quickly crafting an explosive arrow mid-fight to get the upper hand on her opponents. 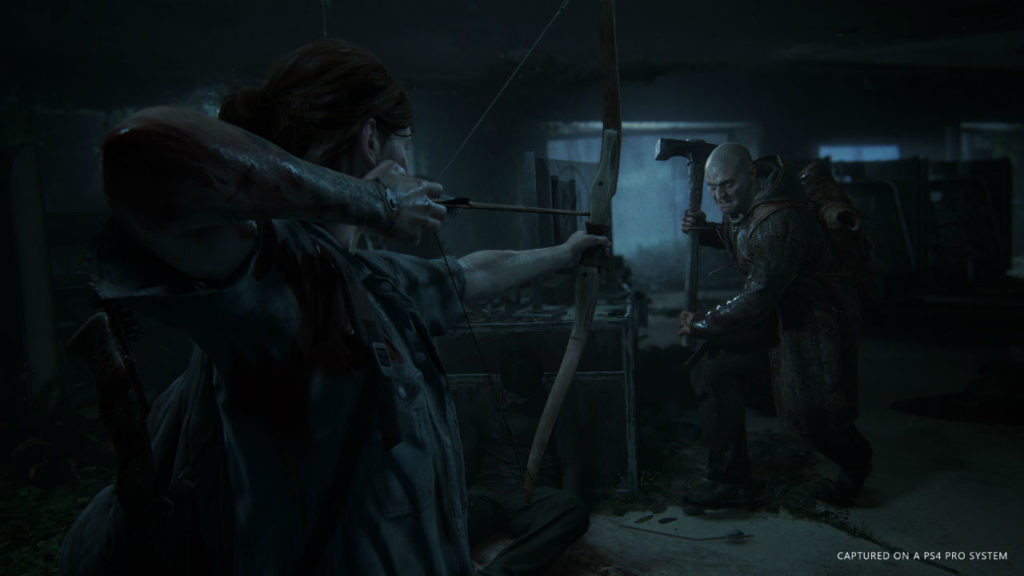 So, who exactly are these opponents? Details have been sparse on them so far, but Naughty Dog has revealed that they are a pseudo-religious cult known as the Seraphites. Their goal is to wipe out sin as they see it, though what “sin” they’re attempting to wipe out remains unclear. The cult members all seem to share a similar appearance. Male members of the cult shave their heads, while women have the same braided hairstyle. Looking closely will also reveal that the cultists all have Glasgow Smiles, the same kind of scars that gave The Joker his distinctive grin in “The Dark Knight.” In addition, all members also seem to wear similar long, brown duster coats. 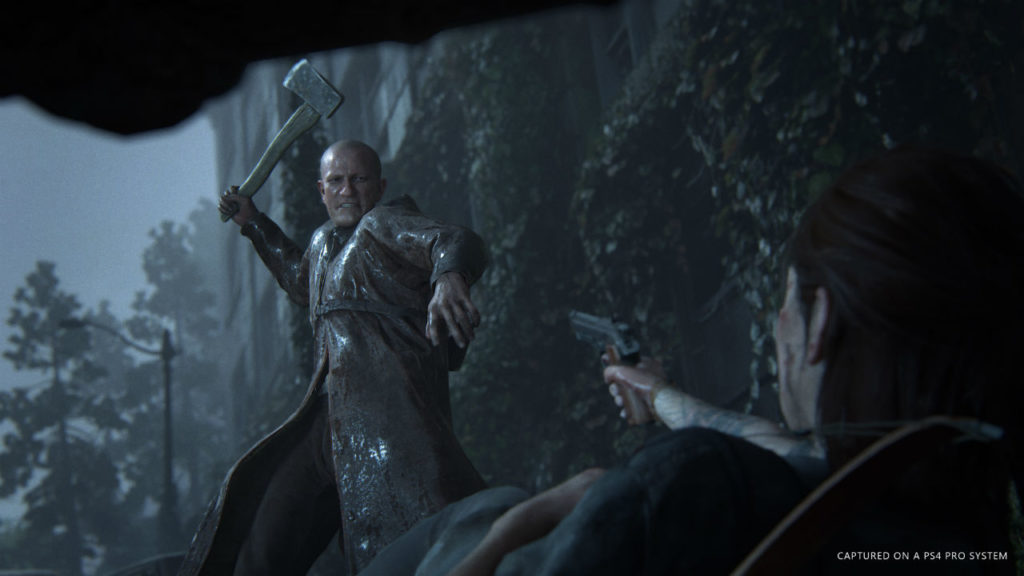 Aside from what they look like, we know that the Seraphites aren’t very nice people. They seem to kill in a particular ritualistic style that involves hanging and disemboweling their enemies, and will “clip the wings” of their targets by brutally breaking their limbs with a hammer. New characters Yara and Lev are a brother and sister duo who were formerly members of the Seraphites. Though it’s still unclear how their story intersects with that of Joel and Ellie, it seems likely that we’ll learn more about this vicious cult through them.

Aside from the Seraphites, we can also see graffiti of the Fireflies logo on a signpost in the game’s first trailer. This is the only hint we’ve seen that they might be returning in the second game. Joel’s rampage at the end of the first game left the group without any clear leadership, so it seems likely that if they do reappear, they’ll be out for revenge. If this is the case, between the Fireflies and the Seraphites, Joel and Ellie will certainly have their hands full.

Several new characters are also being introduced this time around. In addition to Yara and Lev, we’ve also met an unnamed woman voiced by Naughty Dog veteran Laura Bailey. Naughty Dog loyalists will recognize her from her role as mercenary Nadine Ross in Uncharted 4, and it seems like she’s bringing the same intensity to this mysterious new character. We’re also going to meet a few new residents of Tommy’s settlement. Shannon Woodward, who fans of HBO’s “Westworld” will know as park technician Elsie Hughes, plays Jesse’s ex-girlfriend Dina. She takes a starring role in the latest trailer, sharing a kiss with Ellie during a dance at the party. It’s unclear whether their relationship will develop into something more serious than a somewhat tipsy kiss. 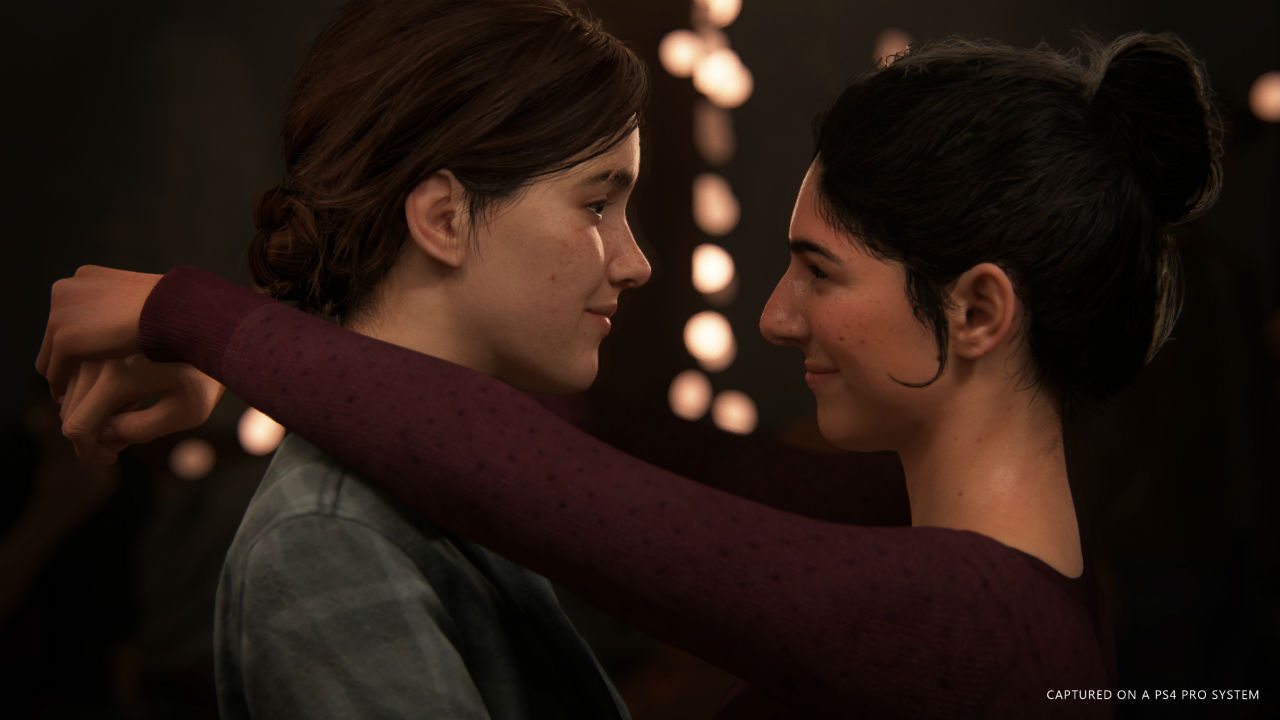 One final important detail that Naughty Dog has revealed: whereas the first game was about love, this game is going to be about hate. From what we’ve seen so far, this game is going to have a much, much darker tone than the original. Between Ellie’s colder and more ruthless outlook and the brutal executions perpetrated by both her and the Seraphites, this game promises to be an extremely intense ride, and it seems like Naughty Dog won’t be pulling any punches this time around. Though no official release date has been revealed yet, Naughty Dog has been revealing a steady stream of new content since announcing the game, and we’re excited to see what else lies in store for Joel and Ellie.

3 ways to get better at Overwatch

The 10 best games on Playstation Now